Córfhéile is a non-profit making, voluntary organization that aims to provide an
opportunity for children in Dublin primary schools to perform in a non-competitive
music festival. The children that perform do so for the enjoyment of singing, for the
love of playing music or the desire to participate in a play or drama. The Córfhéile
is held in the National Basketball Arena, Tallaght each year.

Clonburris National School has been entering groups in the Córfhéile for a number of
years. In 2013 the Music Club (with Mr. Leech and Mr. Garvey) entered in the two-part choir section and Mr. Toomey's class entered in the band section.  Both groups performed very well and received many compliments on achieving such a high standard! A large number of our parents and teachers supported the groups on the night.
In March 2018 pupils from the three 2nd classes performed at the National Basketball Arena. They received a huge round of applause for their singing! Well done to Ms. Kerins, Ms. Cleary and Mr. Masterson and to Ms. Morley for the accompaniment.
The Music Club performed at the National Basketball Area on Monday 2nd March, 2015. Well done to all who took part and thanks to the parents who supported our pupils. 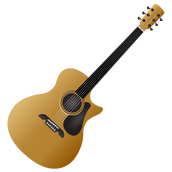