Reminder: girls who are going to Coláíste Bríde next year need to return their forms to Coláiste Bríde by October 15th.

As part of the marathon kids programme, David Gillick will visit sixth class on Monday the 24th of September.  We have worked our fitness levels up and David will lead the classes on running a kilometer on Monday. 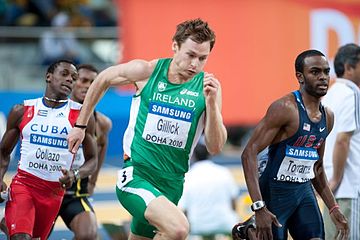 ​6th classes received a letter regarding the tour to the Burren Outdoor Adventure Centre in June. Please keep the information and return the signed form to class teachers as soon as possible.
Moyle Park teachers will be visiting 6th classes shortly to talk about the school, registration etc.
5th Class 2017/18

A visit from the community Garda 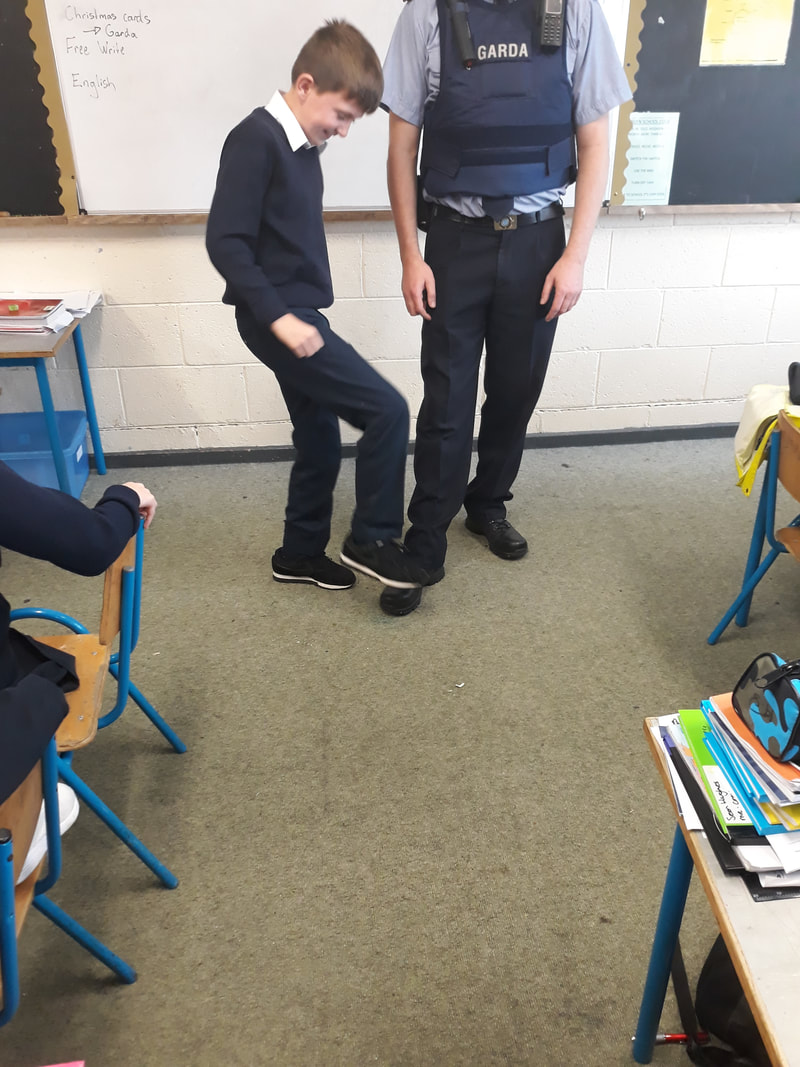 We got a visit from the community Garda, who gave the children the opportunity to try out his equipment and spoke about the role of the Garda as well as road safety. 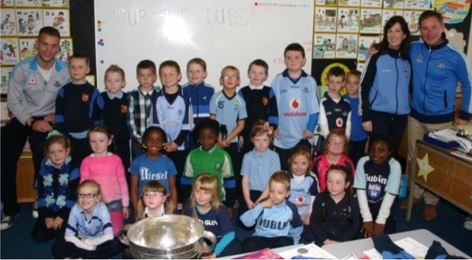 There was lots of excitement in school when Jim Gavin and the Dublin players came to see us with the Sam Maguire Cup!
We all dressed in our jerseys and looked great!
Ms. Goodwin's 2nd class - 2014/2015